In 2014 Salesforce cemented their feet in the European market when they opened their first data center in the U.K, to help sustain their market in the region. However, this data center was just the first of three. A year later, another data center opened in Paris, France, the 5th highest GDP grossing city in the world , right behind Seoul, Los Angeles, New York, & Tokyo, leaving behind London at 8th.

However, Paris, or France in general, are not really seen as tech hubs such as Berlin & London – or even Stockholm. But with Salesforce entering the fray, the tech giant is expected to impact the country in a big way. Choosing to open one of their data centers in Paris showed the company has a commitment to galvanizing the market in Paris for years to come. With Salesforce rooting into the city, around 20,000 jobs are expected to be created by 2018, with a GDP impact of nearly 3.3 Billion Euro – all from Salesforce alone.

Salesforce isn’t just a magnet for the tech industry, it’s used across so many platforms and within so many industries; it’s a tool of  innovation that spreads wherever the company decides to share its wealth. Leading French companies of all sizes such as Accor, BNP Paribas Cardif, Cofely GDF SUEZ, Europcar, Louis Vuitton, Petzl, Renault, Solocal and TF1 Publicité, use Salesforce within their companies.

“Salesforce is on exceptional momentum in France,” says Olivier Derrien, general manager for France and Vice President for Central Europe and south to over 3000 people. More than a billion should be invested in France and in the next ten years.”

The Salesforce Headquarters in Paris

With Salesforce investing so much time and effort into the country, it won’t be long until France is officially considered one of the companies hot spot’s across the globe along with San Francisco, New York, & London, to name a few.

And Salesforce isn’t in this alone, the country itself it making a huge push to make itself one of the premiere members in the world’s digital hub.

“France is investing €450 million to implement the roll-out of the national digital economy and the City of Paris has also been engaged in a genuine policy of supporting digital policy,” said Muriel Pénicaud, CEO of Business France.

“It’s an honor for us to see Salesforce, an iconic player in this sector, decide to create its second center of R&D in the city of Paris, thus contributing to its development as the world capital of innovation.”

By the end of the decade, France will emerge as one of the new tech giants of Europe, thanks to the countries smart self investing and Salesforce’ push to balloon Paris into one its new bursting bubbles of innovation. 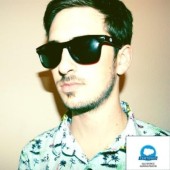 I am a young salesforce professional interested in creating material to help others learn salesforce. In my spare time I am a musician and an avid PC Gamer.

Spanning: Cloud Storage Doesn’t “Protect You from You”!